Five Good Bills to Watch in the 2017 #TXLege

Earlier this month, we told you about five bad bills to oppose in the Texas Legislature this session, and now it’s time to move on to the good bills worth your support.

These five bills could do tremendous good by leading to more complete neighborhoods and safer streets, and ending the crisis of road deaths in Texas.

On average, ten people are killed each day on Texas roads, the highest rate in the nation. It doesn’t have to be this way. TXDOT, local governments, and nonprofit organizations do important work to reduce the toll of traffic deaths and injuries, but unlike most other states, Texas does not have a vision for a zero fatality future.

The Vision Zero Task Force Bill, HB 1677 and SB 1245, filed by Rep. Celia Israel and Sen. José Rodriguez, would convene a diverse group of state agencies and nonprofits to develop a plan to end traffic deaths.

Senator Sylvia Garcia, who co-authored the Senate version of the bill, also filed a resolution in the Senate, SCR 42, that would direct TXDOT “to adopt a Vision Zero strategy to reduce traffic fatalities and injuries.”

While TXDOT does extensive work to make Texas roads safer, adopting a clear vision that the state is committed to ending traffic deaths is necessary to turn around the devastating trend of increasing traffic deaths.

Cities across the state have been reforming the way that they design and build streets, prioritizing safety and the ability to get around via all modes of travel. But they often run up against old laws and codes from an era when we didn’t understand the breadth of the epidemic of traffic deaths.

One old code that doesn’t make sense in today’s Texas is the ruling setting default minimum speed limits at 30 mph in all urbanized areas. Traveling just a few mph slower can dramatically improve safety by giving drivers more response time and reducing the severity of impact.

Current law allows cities to lower the speed limit on neighborhood streets to 25 mph only after conducting a traffic study, posting speed limit signs on both ends of every block, and reporting analysis to TXDOT. Houston determined several years ago that lowering the speed limit on all neighborhood streets to 25 mph would produce significant safety and health benefits, but the signs and traffic studies required by current law would cost millions of dollars.

A third bill, SB 2103, filed by Garcia, would lower the speed limit that cities are allowed to use for pilot neighborhoods from 25 to 20 mph. This would free up engineers to use streets designs that are even safer for walking and biking. The campaign to redesign the streets in the Mueller neighborhood in Austin —  in response to a terrible crash that has left a child seriously injured — needs this bill to pass for the city of Austin to be able to meet the neighborhood’s request for safe streets. As this bill is actually only a change to a single number on a single line of state law — and it does not have a House companion — its best bet of passage is to be added as an amendment to the other Safe Neighborhood Streets bills.

3. The bills to require driving like people live here

Rep. Tom Craddick’s texting while driving ban, HB 62, has passed the Texas House two times already. Now Sen. Judith Zaffirini has pushed the companion bill, SB 31, through committee, and it awaits a vote in the full Senate. With nearly a thousand lives lost to distracted driving in Texas each year, a broad coalition of nonprofits, companies, and health advocates are pushing for this bill.

In addition, the Iris Stegnar Safe Passing Bill, HB 1236 and SB 1274, filed by Reps. Mando Martinez and Abel Herrera and Sen. José Rodriguez, would create a statewide rule for how closely drivers are allowed to overtake people walking or biking. Most large Texas cities have adopted a safe passing code, but a patchwork of laws is not as effective as a consistent statewide standard.

Sen. Bob Hall’s SB 493 would bring Regional Mobility Authorities (RMAs) under review by the Texas Sunset Commission, while HB 766, filed by Rep. Cindy Burkett, would bring Regional Tollway Authorities (RTAs) under review by the Sunset Commission. In the past, the Legislature has brought non-state transportation agencies under sunset review, including transit agencies and port authorities.

RMAs and RTAs were intentionally set up by the Texas Legislature to have great flexibility in what they do, functioning with little interaction with the public while spending billions on roadway expansions. In general, the people making decisions on the boards of RMAs and RTAs do not reflect the people they are theoretically serving. The Central Texas Regional Mobility Authority (CTRMA), for example, is made up of seven white men and one black woman. Seven of the eight members of this entity represent real estate interests. So far in its history, CTRMA has focused its substantial spending only on building toll roads, although its charter allows it to focus on transit if these decision makers choose.

The decision makers at Texas MPOs similarly do not reflect the people they purport to serve, as detailed in my recent Texas Transportation Equity Assessment. MPOs have a dramatically oversized role in the lives of Texans, traffic, the environment, regional equity, affordability, and almost any issue related to cities, transportation, communities, and the Texas economy. I did not succeed at finding an author for a bill to bring Metropolitan Planning Organizations (MPOs) under sunset review, but there will be an effort to add MPOs as an amendment to the TXDOT Sunset Bill, SB 312.

Representative Raney filed HB 354, which would essentially make it easier for schools to get safe speed limit zones, and would explicitly make open enrollment charter schools eligible for seeking safe streets around their campuses. 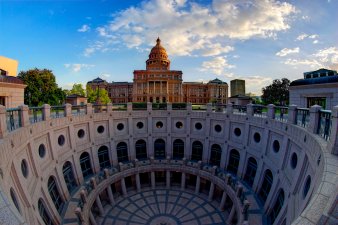 To make it easier for you to participate in your democracy, we're highlighting five good ideas and five bad ideas to watch in the 2017 Texas Legislative Session, starting with the bad ones. 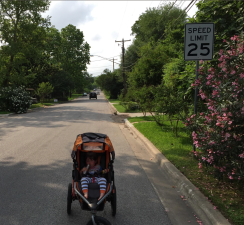 I've spent part of every week for the last three years researching, experimenting, and advocating for allowing Texas cities more leeway to design safer neighborhood streets. This legislative session, there are three different safe neighborhood streets bills in the Texas House and Senate -- and a real breakthrough is within reach. 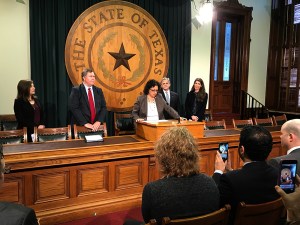 Yesterday Texas State Representative Celia Israel called for passage of the Safe Neighborhood Streets Bill (HB 1368). She was joined by Austin Mayor Steve Adler, Fort Worth Council Member Ann Zadeh, and Houston Public Works and Engineering Department Deputy Director Jeff Weatherford, as well as Representative Helen Giddings, who said that she would be the first co-sponsor of the bill. 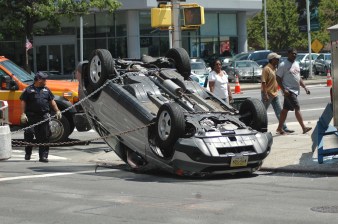 Texas leads the nation in traffic deaths, with an average of 10 lives lost every day -- and five times as many incapacitating injuries. It's possible to prevent these needless deaths, we just have to change the way we design and operate our streets and transportation systems.

During the past year, GOP lawmakers in six states tried to protect people who drove cars into protesters, like white supremacist James Fields did this weekend in Charlottesville. 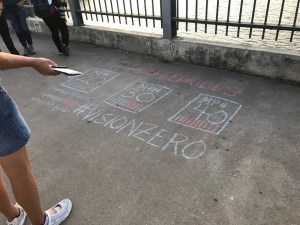 The bill would create a Vision Zero Task Force that would present a traffic safety plan to the legislature in 2018, with the goal of reducing fatalities in Texas 50 percent by 2029 and to zero by 2050.